The function of death

Much of modern science falls under the natural philosophy of systemics.
That is to say it is not actually science in the classical sense.
Science is a tool for categorizing things. For discovering how they work.
Systemics is an attempt to collect these ideas into working systems. 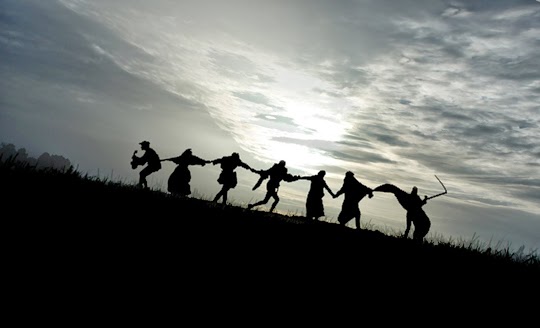 The study of ecosystems or evolutionary paths may be considered systemics, even if it is sold as classical science.

Life systems, which would include many modern biological studies, falls into this category. Each individual aspect of biology is studying and pieced together to map a whole, functional system.
Each functional aspect is studied in detail, and the relation and function in tandem with those systems (again) is mapped.
Through this kind of thinking we are able to see all the various, myriad interactions between biological systems such as reproduction, the digestive process, cellular development, the immune system, and so on and so forth.
One are given a great deal of attention is the reproductive system. The functions and interaction of this system with others is extremely well mapped. We know how it effects the entire biology. We know what it is for.
This interest only makes sense. We want to understand our personal genesis.
What does not make sense, on the surface, is how death is rejected as part of this system.
Obviously death is important. Obviously death has profound effect on the individual in question, and on those who know them. But death is seen only as the end of the system, and is not credited with any function. Why is that?
I don't think the materialists who crowd the halls of the academe mean to suggest this is an open system (life). That death is somehow a release from this system. Nor do I even need to 'go there', myself.
No. I get the impression there is something that makes those very materialists (ie naturalists) extremely nervous about assigning a natural function to death.
Why would that be?
The simplified answer is that if death has a natural function within the system beyond the immediate (ie providing food for a predator/scavenger or fertilizer for plants), it has some very uncomfortable implications for the wider world view of these folks.
How so?
Let's envision for a second that death is the mechanism by which genetics improve upon themselves. That a process known as 'natural selection' and 'mutation' results in real improvements in the organisms undergoing this process. We might call this process 'evolution'. In such a process/system we may consider ourselves 'more evolved' (ie superior in design/function) to a more primitive (much older) example of our species. This is, of course, the stance of modern 'science' (ie systemics).
So, in order for this system to work/function properly one generation must end and another begin. They will overlap, mix and spread the desirable traits. The mechanism to determine these traits being the environment itself. The algorithm of life simply adapts and thrives. A perfect piece of self improving, self propagation code.
Improving to what end?
Well, this is where the materialist wants the conversation to end. They will simply posit 'stuff happens'. They will accuse you of 'promiscuous teleology' or seeing a correlation as a connection. They will shrug away the concept that this self improving, self propagating code simply is (just so) and continues with no direction or function beyond those apparent.
But that's the problem isn't it? The 'self improvement' IS apparent.
Progress and improvement seems to be the result of evolution. Evolution is linear, or progressive - not circular and reductive.
That is to say the 'system' of inanimate matter is not linear, but recursive. Sand becomes rock, breaks into stone and becomes sand. The water cycle. Chemical bonding. So on and so forth.
Life is different. It improves.
To what end?
That is the forbidden question.
It is, of course, a 'why' question.
Comrade professor and the commissars of the academe do NOT like 'why'.
Presumably because it could be applied to their bloated tenures and ever continuing 'education'.
'Why death' is a naughty one indeed.
What does it show us?
A very big 'boo boo' in the grand theory of 'shit happens' (ie the implicitly nihilistic materialist mindset of the academe and elites).
Apparently -if death is assigned a proper biological function - life has some sort of meaning, even on the physical level.
Apparently whatever the source of the information found in our genetic code, it has a goal that can be achieved by applying the genetic algorithm, itself full of CONTINGENCY, to the problem of conscious existence. By applying time and using nature itself as a mould or limiter.
Apparently this little code of proteins has the ability to transfer some essential, central functionality FORWARD in time to some end purpose.
Apparently, and so far, we can tell at least one of these functions is consciousness itself. The ability to ask 'why should this be'.
Well then!
Why should this be?
at 05:44